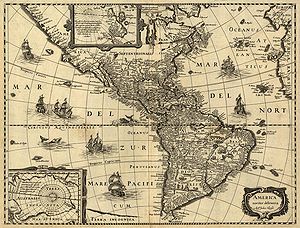 Portugal and Spain led the way in early exploration for two main reasons.  First, they were the earliest European recipients of Arab math, astronomy, and geographic knowledge based on the works of the second century A.D. geographer, Ptolemy.  Second, their position on the southwest corner of Europe was excellent for exploring southward around Africa and westward toward South America.