To assess the economic development of a country, geographers use economic indicators including: 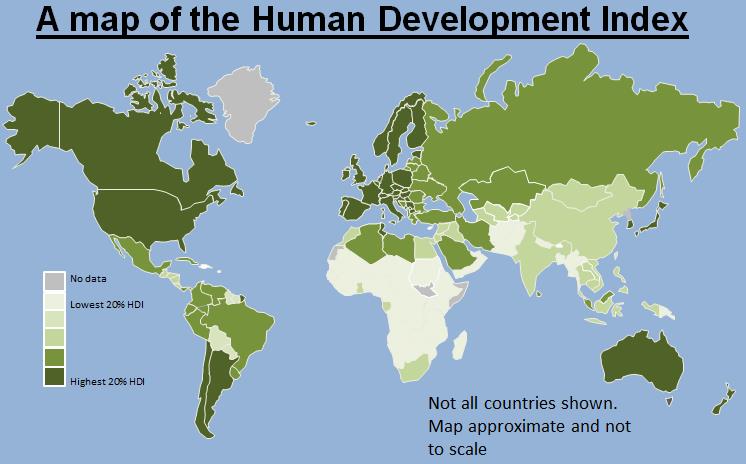 1. What does HDI stand for?

2. Name the three composite indicators that are included in HDI.

3. On what scale is HDI measured?

4. Which is the highest and lowest value?

5. Give examples of values and what those represent.