Long-distance trade in the Atlantic, the Indian Ocean, and the Pacific was pioneered by the Spanish and Portuguese. In the seventeenth century, these routes became increasingly important, and the Spanish and Portuguese encountered competition from the French and especially the Dutch and the English, countries which also built their own empires. Though Europe’s economic center of gravity shifted northeast to the Atlantic in the seventeenth century, the Mediterranean and the Baltic continued to be important trading areas. Products exported from the Baltic included lumber, iron and copper from Sweden and grain from Germany and Poland. In the 17th century much of the Baltic trade was in Dutch hands.

The Netherlands and England implemented the chartered companies based on monopolies in products or áreas.

Financial capitalism developed as trade did. Loans, chartered companies and companies with shareholders and the emerging stock exchange markets contributed to the expansion of trade and economy. The most active stock exchange in the 17th century was Amsterdam Stock Exchange. 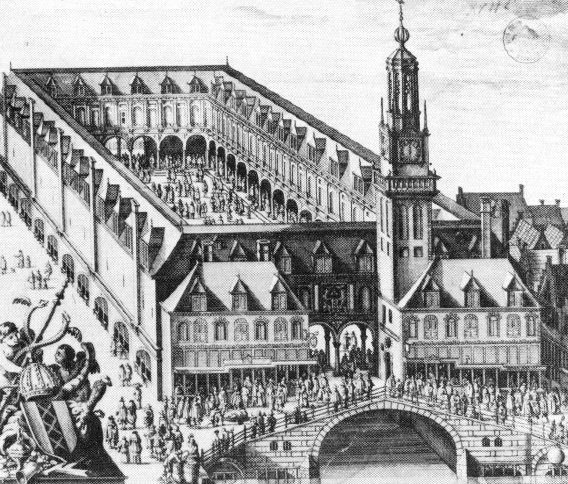 Though European climate is generally moderate, in the seventeenth was unusually cold. Historians sometimes call this “the Little Ice Age.

Europe in the seventeenth century relied on a generally inefficient agriculture to feed its population. Even a small deterioration in climatic conditions could have an appreciable effect in worsening the harvest and leading to famine, reducing the population.

In order to avoid paying high prices for imported grain, it made sense for people in densely populated parts of western Europe to improve agricultural techniques. This took place in the sixteenth and seventeenth centuries in the Dutch Republic, England and Catalonia.

In the seventeenth century, some European lands had begun to produce food more effectively. So demand for eastern grain slackened. It was not as easy as it had been for eastern landowners to make large profits by selling food to the west. So they had an incentive to reduce their costs by getting cheaper labor. The result was that they used their control over state power and the law to force peasants to provide them with free labor. The peasants of eastern Germany, Poland and Russia ceased to be free laborers and became serfs.

As agriculture became more efficient in the northwest, the prices of food fell. This meant that many people had more money to spend on things other than food – including industrial products. It also meant that rich people had an incentive to produce things other than food (since food production was not bringing the old profits). These developments paved the way for the Industrial Revolution of the eighteenth and nineteenth centuries and large workshops were created.