Population exceeds 468 million inhabitants. Natural increase is high as well as infant mortality rate. The rate of urbanization is very high and many people migrate to USA and Europe looking for better living conditions.

Industry is developed in Brazil, Argentina and Chile. The economy of the area relies on exports of natural resources (oil on Venezuela, copper in Chile, coffee in Colombia, timber in Brazil). Some countries in the area have a large external debt and depends on foreign capital. 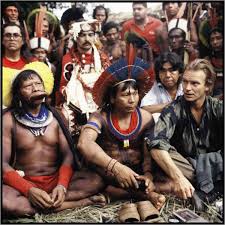 The region presents a great ethnic diversity with lots of mixed races. There are big social inequalities causing violence and insecurity. Spanish and Portuguese are the most spoken languages. There is a high cultural influence from the USA.

Democratic regimes and authoritarian are found in Central and South America. Two of the authoritarian regimes in the area are Cuban and Venezuelan. Other characteristic is political instability.