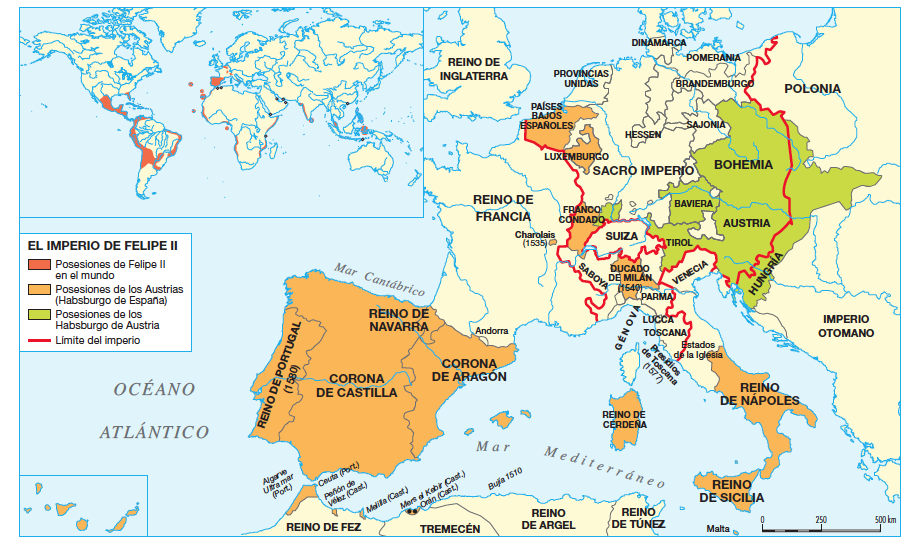 Charles V and Philip II were authoritarian monarchs. Both ruled great empires but each kingdom had their own institutions, then decission taking was slow and difficult.

Both faced many constitutional constraints on his authority. This was largely influenced by the growing strength of the bureaucracy .

The Spanish Empire was not a single monarchy with one legal system but a federation of separate realms, each jealously guarding its own rights . In practice, kings often found their authority over-ruled by local assemblies, and his word less effective than that of local lords.

Under Philip II, Spain reached the peak of its power. However, in spite of the great and increasing quantities of gold and silver flowing into Spain from the American mines and the riches of the Portuguese spice trade , economy did not expand as it would since all the foreign policy was financed using this money. Spain even went bankrupcy several times. On the other hand, industry was limited and agriculture declined as moriscos were forced to leave the country.

Population grew and many people migrated to American possesions.

Spanish economy in the 16th century