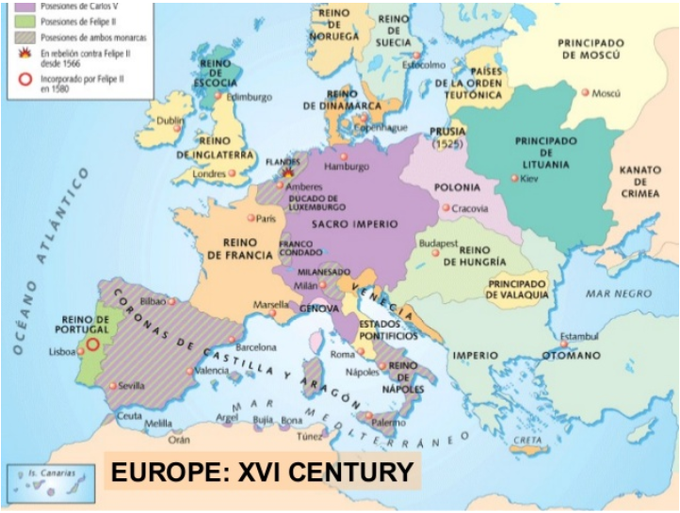 Between 11th and 14th centuries economic and social changes were evident in Europe. Major trends included:

Prior to the 1500s, in Europe, the nation-state as we know it did not exist. Most people did not consider themselves part of a nation; the rulers of states had little control over their countries. Instead, local feudal lords had a great  power, and kings often had to depend on the nobles to rule.

In the Early Modern Age, kings began to consolidate power by weakening the feudal nobles and allying with the  commercial goups.

The consolidation of power took a long time. Kings and queens worked to bring all the people of their territories under unified government.  Monarchs encouraged their subjects to feel loyalty toward the new nations. 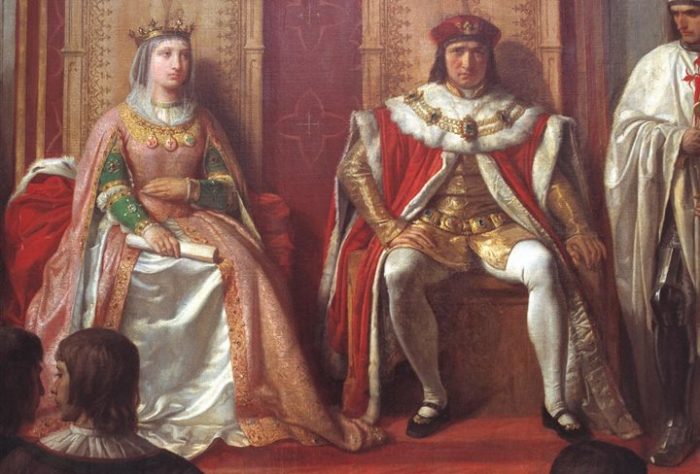 The monarchs used these elements to consolidate their power:

MAIN STATES AT THE BEGINNING OF THE EARLY MODERN AGE