By 1500, Spain had emerged as a Modern Monarchy. Queen Isabella and King Ferdinand had unified the country the country, enforced religious unity and lead the Spanish conquest of the Americas.

Charles V inherits Two Crowns In 1516, Ferdinand and Isabella’s grandson, Charles I, became king of Spain, and thereby ruler of the Spanish colonies in the Americas as well. Ruling the Hapsburg Empire when his other grandfather died in 1519, Charles I also became heir to the Hapsburg empire, which included the Holy Roman Empire and the Netherlands. As ruler of this empire, Charles took the name Charles V. Historians now usually refer to him by this title.

In 1517 he arrived in Spain, a country with whose customs he was unfamiliar and whose language he could not speak well. There he instituted a government that was considered as a foreign rule.

When his election as king of Germany in 1519 (succeeding his grandfather Emperor Maximilian I) recalled him to that country , Charles left  Spain with the  dissatisfaction of   Spanish people.

Adrian of Utrecht, appointed as regent, could not suppress the revolt of the Castilian cities (comuneros) and the cities of Valencia and Mallorca known as the Germanias. Charles was elected emperor over his powerful rival, Francis I of France.

In 1522  pope Adrian VI tried to reconcile Francis I and the emperor  but he failed.

In 1525 Charles V defeated Francis I at the Battle of Pavia, taking prisoner the king himself. The victory ensured Spanish supremacy in Italy. The Treaty of Madrid ended the conflict temporarily  but Francis rejected the treaty.  The new between the emperor and France finished when the mother of Francis I approached Margaret of Austria, the emperor’s aunt, through whose mediation the so-called “ladies’ peace,” the Treaty of Cambrai, was concluded in  1529.  Charles renounced his claim to Burgundy; Francis, his claims to Milan and Naples.

As a devout Catholic, he fought to suppress Protestantism in the German states. After years of religious conﬂict, and defeating the Lutheran league at Mulhberg,  Charles was forced to allow the German princes to choose their own religion.

Charles also faced the Muslim Ottoman empire, which was based in Turkey but stretched across the Balkans. Under Suleiman, Ottoman forces advanced across central Europe to the walls of  Vienna. Although, Vienna resisted the siege, the Ottomans occupied much of Hungary following their  victory at the Battle of Mohács. Ottoman naval forces also continued to challenge Spanish power in the Mediterranean. 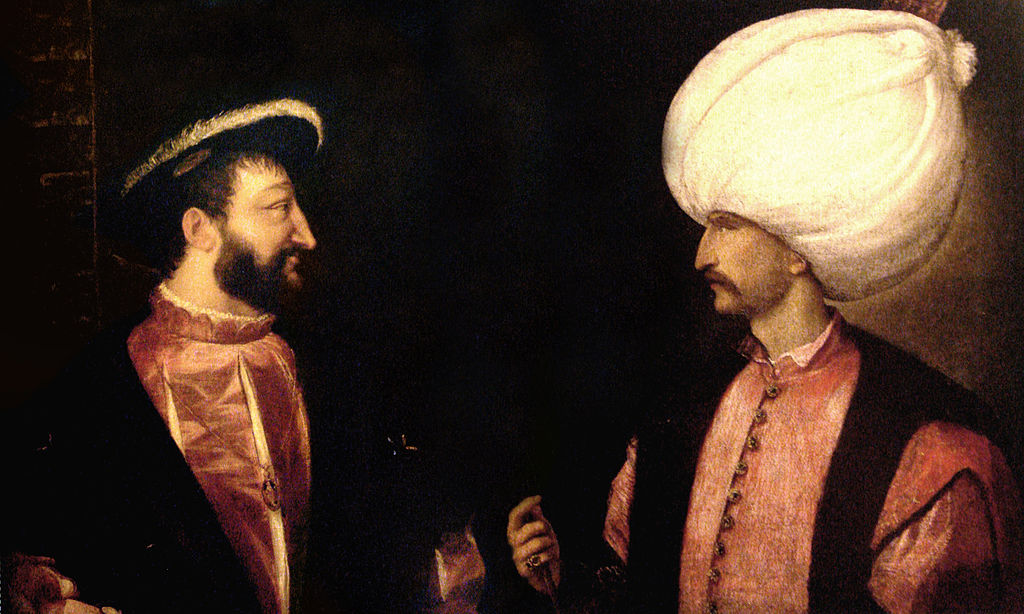 Exhausted and disillusioned, Charles V gave up his titles and entered Yuste monastery in 1556. He divided his empire, leaving the Hapsburg lands in central Europe to his brother Ferdinand, who became Holy Roman emperor. He gave Spain, the Netherlands, some southern Italian states, and Spain’s overseas empire to his 29-year-old son Philip.